Eating dinner with my mother often results in me catching Inside Edition, since she normally watches it after the CBS evening national news.  Sometimes the CBS news and their insistence on sticking with the “both sides are equally at fault” narrative of US politics sends me on an after dinner “anger dampening”walk with my Chow Chow.  If CBS happens to be unobjectionable that particular evening, it normally ends up being an eye-roll worthy story on Inside Edition that peels me off the couch.  As much as I try to focus, something about “in depth” reports on how to protect yourself from hotel peepers combined with fawning reports of Hugh Jackman rescuing children from Wolverine’s oldest foe, Riptide, tends to distract me from my reading, and any attempt at post-dinner conversation would result in an angry “shush!”  Sop instead, Princess gets her evening walk.

The other night, however, a story on Inside Edition caught my eye and doomed Princess to an extra 30 minutes of waiting before her nightly constitutional.  Here, have a watch.  It is safe for work, although probably not safe for humanity.

Stomach sufficiently turned?  Any explanations for the officers’ reactions?  I mean that one dog was already in a catch-pole.  It wasn’t a threat to that officer.  And yet he still felt the need to shoot the poor dog five times?  And how frightening is it that most of those cases began when the officer went to the wrong address to begin with?  How do you protect against that?

My dog, Princess Lyanna Sarella, is a Chow Chow mix. 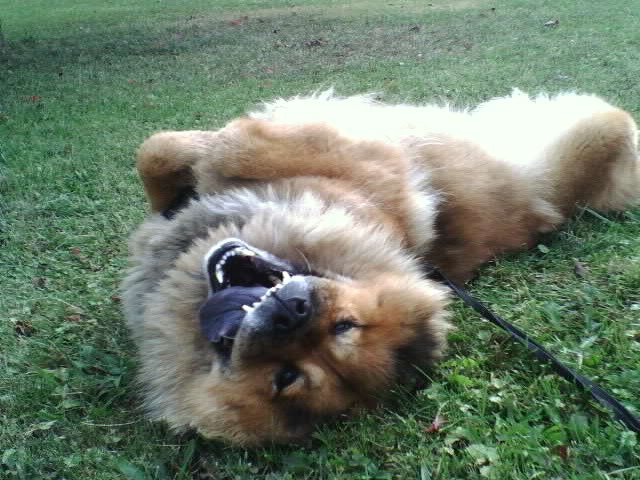 Whatever you have heard about Chow behavior, toss it when dealing with Princess.  Well, she is incredibly stubborn, so there is that.  But while she is definitely my dog, she bonded almost as strongly with my mother.  On our morning walks we stop at bus stops so the kids can play with her most mornings.  She loves kids and other dogs.  She’s had a 5 year old pull her tail and jump on top of her (my exes kids.  Sigh.) and the most she would do is walk away.  As soon as we let someone in the house, she accepts them.  (She’ll still sit right by my mother or me until she gets used to them.  She’s protective, but not off-putting about it.)   The only way Princess is going to be a danger to anyone is if that person is attacking me or my mother.

But if the cops come into our yard or home aggressively, she is going to bark.  She wouldn’t attack the cops unless they were physically assaulting my mom or me, but this video, as well as countless (okay, about a hundred thousand) others you can find all over Youtube, tell me she has no better than a coin flips shot of surviving the incident.  Given the Chow Chow’s reputation, the truth is probably much worse than that.

Understand me here please.  I am not saying #doglivesmatter.  I am not suggesting this is in anyway the equal to the systematic racism that both consciously and unconsciously results in the violation of the rights of, and far too often the death of, non-white humans.    I am not saying we should be outraged over this instead of the way some cops seem to think African Americans exist for target practice.  But we can care about more than one thing at a time.

This also adds evidence to the idea that there is something wrong in the mindset of some officers for some reason that obviously goes beyond “a few bad eggs.”  I have always heard/read/thought that officers were taught to use force only when necessary, as a last resort.  Yet so many of the videos that launched #Blacklivesmatter, as well as these dog shooting videos, show police officers using force as the default solution.  Indeed, some seem eager to escalate to lethal force.   It is easy to see how itchy trigger fingers added to existing racial bias, once again, conscious and unconscious, results in dead black men.

It is not a “few bad apples.”  It is not a couple of racist officers dragging everyone’s reputations down.  Something is rotten in our criminal justice system, and I fear that until my fellow white people stop looking at the police through our white privilege colored glasses nothing is going to change.  In fact, with the nation’s recent swing towards authoritarianism, along with the now ever present fear of terrorism, things could get far worse before they get any better.  More illegal searches.  More illegal seizures. More stop and frisk.  More illegal surveillance.  More police militarization.  More SWAT raids for minor offenses.  More innocents dead from SWAT raids. More wrong houses.  More dead dogs.  More flashbanged babies. What 4th Amendment?  More black teens body slammed. And of course, many more dead black people.

Apathy is acceptance.  And I fear far too many of us accept the status quo.

It is our shame.

Described as "intelligent but self-destructive," Foster Disbelief spent his twenties furiously attempting to waste his potential in a haze of religion and heroin. Science and atheism allowed him to escape his twin addictions and he now spends his days attempting to make the most of his three remaining brain cells.

Sending messages to fosterdisbelief@gmail.com will sometimes result in responses, At the very least, a real human will read the words your fingers typed.

Get Foster Disbelief via RSS!